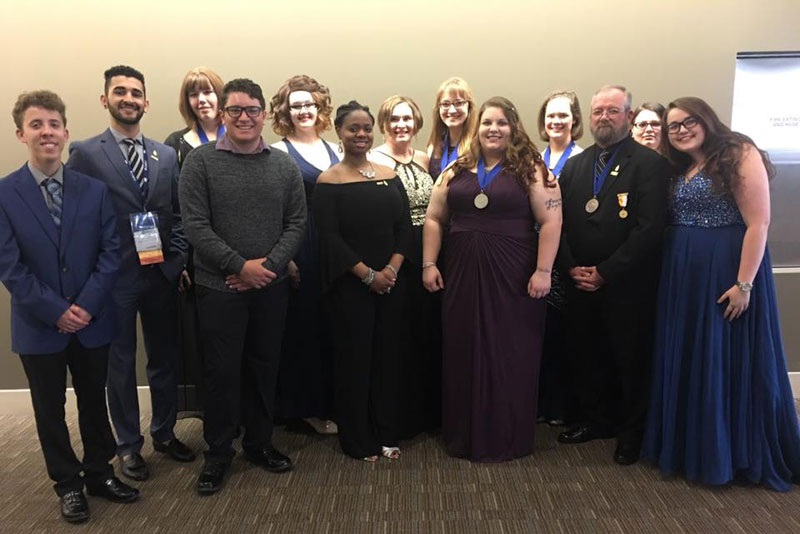 College Project Award – Top 50 chapters who completed a project to support the college. This award is prestigious as there are 1,300 Phi Theta Kappa chapters worldwide.

REACH Award – The Tau Theta Chapter had at least a 15% membership acceptance rate in 2017.

In addition, Nicole Smith and LCC PTK Advisor, Tammy Fuentez, were a part of the regional team that received a Five Star Region Award and a Regional Service Hallmark Award.

“The LCC chapter earned the Regional Service Hallmark award for our St. Jude’s Project, which 15 attendees this past year were from Labette Community College so our chapter played a critical role in this project,” said Fuentez.

For more information about the Tau Theta Chapter of Phi Theta Kappa, go to www.labette.edu or email tammyf@labette.edu.