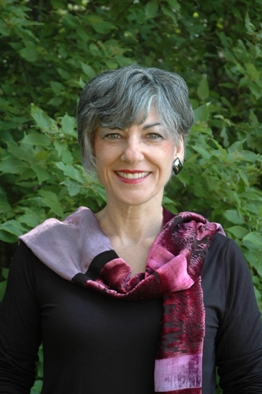 Valentino has taught composition, world and American literatures, Oral Communication, Business Communication, and English as a Second Language at colleges in Ohio, France, Australia, China, and Vietnam. She has been awarded Teacher Excellence Awards from her College and NISOD, and the 2013 TYCA Nell-Ann Pickett Award. She has served both as the Chair of CCCC and TYCA at the National Council of Teachers of English Association, where she co-authored Guidelines for the Preparation of English Faculty in Two-Year Colleges and was a reviewer for the TETYC Journal.

Her research interests include response to student writing, new populations of students, and Magic Realism, for which she received an NEH grant. Her publications include “Responding When a Life Depends on It,” Mad, Bad, and Dangerous to Teach, “Little Cabin in the Woods,” and “Serving Those Who Have Served.” Her poetry is posted in the National Gallery on Writing. As a founding member of the Toni Morrison Society, she directed the 2000 Conference, for which she produced the award-winning film Toni Morrison and the Meanings of Home. She also has been a consultant in business communication for corporations like Invacare and Moen. At LCCC, she founded and directed The Center for Teaching Excellence and the Learning and Writing Center, is active in International Initiatives and gives workshops on teaching veterans.

The Gribben English Lecture Series will be held on Friday, September 25 at LCC. Registration begins at 9am on the second floor of the H Building, room H224. To register, contact Tammy Wilson at 620-820-1281.